The below video from Fox 5 News New York is of a train colliding with a FedEx truck – the video shows clearly that the signals and gate never activated to warn motorists. 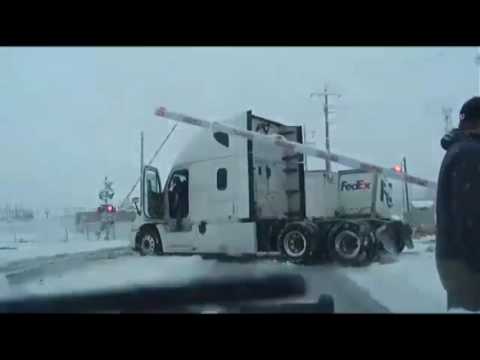 Back in March 2016, we published an article relating to a train accident. It was called “We Get To The Truth…That’s What We Do!” In that particular article we talked about how Jack who happened to be riding the train that day, as was his job as a train inspector, witnessed first-hand the devastation a train impact can have on an automobile.

Jack, like most passengers, hadn’t planned on being inside the train as it collided with a car. In fact, he started his day thinking that an accident wasn’t even in his future. Yet, the sudden screeching noise of steel wheels braking, horns tooting and passengers being jostled back into their seats like rag dolls, and Jack knew what was going on.

Sadly, Jack discovered the wreckage when he disembarked from the train and it didn’t look promising to his employer. The crossing signals never turned on and the gates never came down warning pedestrians or motorized vehicles about the impending danger of the oncoming train.

The video above clearly shows you exactly what can happen when crossing signals and gates don’t work properly. Fortunately, neither the passengers of the train or the FedEx trailer were severely hurt. It was a miracle alright.

Regardless of what Jack, the train conductor or the FedEx delivery driver thought or knew about the incident, an investigation would still have to be conducted. The FRA (Federal Railroad Administration) and the NTSB (National Transportation Safety Board) would both be notified.

In the case of the video, the police had a dash camera recording the event and as you can clearly see the gates only went down after the accident had occurred. Dash cam video is now being used more and more in cases as evidence to prove or disprove the claim.

Our legal team has access to a network of skilled experts who will help explain how and why an injury occurred so that we can work to obtain fair compensation for our clients. And yes, we do our own investigations and sometimes we even interview the investigators. We get to the truth.

Victims of train collisions are suffering, they have medical expenses, they’ve incurred property damage, lost wages, and the possibility of loss of earning capacity. When you need a law firm experienced in handling such cases call our offices today at (219) 736-9700. This is what we do!