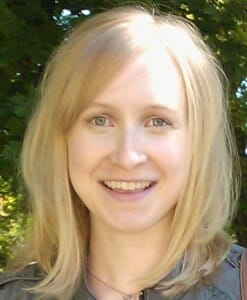 While in law school, Ms. Holub was an editor for the Indiana International and Comparative Law Review and won the 2014 CALI Excellence for the Future Award by earning the highest grade in Payment Systems. Ms. Holub gained experience as a legal intern for the Indianapolis Museum of Art, doing work in copyright and trademark law, and for the Indiana State Department of Health, focusing on administrative law and health care law. Additionally, she interned in the corporate legal department of Indiana University Health, and later served as an intern to the Honorable Jane Magnus-Stinson, U.S. District Court Judge for the Southern District of Indiana.

Ms. Holub co-authored Television and Furniture Tip-Over Cases, 38 Verdict 2 (2017). She has volunteered in the Lake County Bar Association’s Lawyers in the Classroom program by speaking at a local middle school for Law Day. She has also served as co-leader of her church’s youth group and as a member of the praise band.