Can I Sue If My Blender Explodes

Over the last several years, there have been several personal injury lawsuits brought against a high-speed blender maker that sells a product consumers use to make smoothies. Repeatedly, these lawsuits note serious burns or cuts suffered when the blender device exploded during use.

Consumers report similar injuries from using the blender device, even for the newer model devices. This signals that the blender company has done nothing to make its product safe, despite many consumers being injured in similar ways by the product. 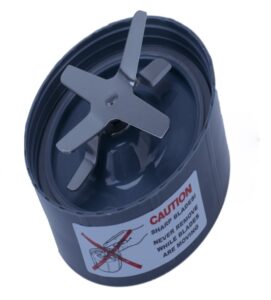 Some of the injury claims involve situations in which the consumer reports that the blender malfunctioned after 30-45 seconds of use and would not turn off or started emitting a burning smell before exploding and severely burning people.

The blender company claims that the injuries are mostly due to customers misusing the blender by blending hot liquids, leaving the device unattended, or exceeding the maximum one minute blending time it warns about in its instruction manuals.

Attorneys representing many of the injured people contend that their clients were properly using the device and that the blender should have an on/off switch, a timer, and a pressure release valve to protect against the danger of explosion.

A few years ago, we represented a person who was severely lacerated by a high-speed blender after it spontaneously started up, causing the blades to spin at high speed without a cup or protective guard over them. The device had no on/off switch and in trying to unplug the device from the electrical outlet, our client suffered permanent injury.

In our particular case, we sued the manufacturer, designer, and seller of the high-speed blender. We alleged that the device was defectively designed and/or constructed and/or was an unreasonably dangerous device because it had no on/off switch by which to turn off the blender, leaving the only means to de-energize it by manually unplugging it from an electrical outlet.

Additionally, the device had no safety mechanism to render it inoperable to prevent the blades from being engaged without a cup over them. The blender failed to come with adequate warnings of the dangers associated with its lack of a power switch or its ability to operate and power on itself and rotate the blades at high speed without a cup over them.

We also brought claims of breach of express and implied warranties that the high speed blender would be fit and proper for the purpose for which it was sold.